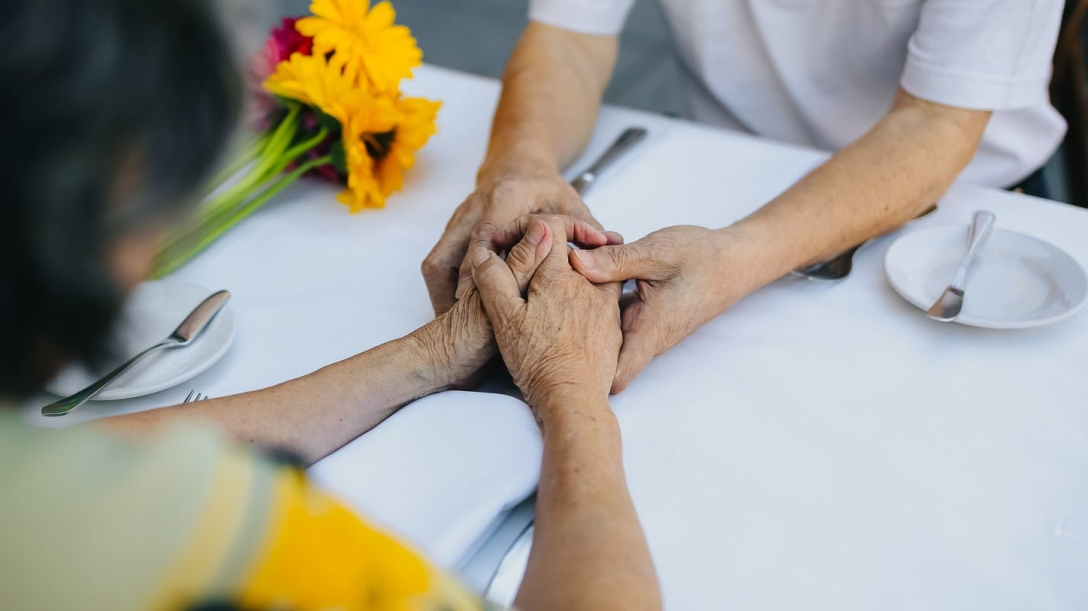 my grandfather in apparent command at the wheel, yet “later kena hit, ah”
my grandmother his pair of eyes. her wrinkled hand
“aiyah.” slips out the window,
signalling to the car behind,
“watch, behind, watch.”
for after years of driving,
“wah piang ah, almost.”
grandfather has not learned to use the indicator lights.
(they are one mechanism, functioning in harmony)

a venomous flow of words from her mouth, “siao,
the blue car that one, cannot drive.”
shouting through the breath-stained windows,
“cannot see is it?”
while grandfather softly grumbles,
“mai ani kuan lah.”
and she slumps, in annoyance, back in her seat,
“tsk…”
his uninterest extinguishing her furious flames.
(their balance has always kept them steady)

there is an online GPS, but my grandma insists “no,
it’s wrong, it’s wrong,”
that the turn at the right
“Ang mo kio avenue 3, here-”
is the right way to the restaurant
and my grandfather reluctantly gives in,
“aiyo, just follow the GPS lah.” knowing that nonetheless
“Ma fan…”
she would realise that google maps was right.
(they have paved routes in each other’s minds, walked them over and over)

Maegan Tan studies Literary Arts at School of the Arts and enjoys listening to old music. She has learnt to capture the fleeting moments of adolescence, as well as the beauty of the world, in writing and photography.